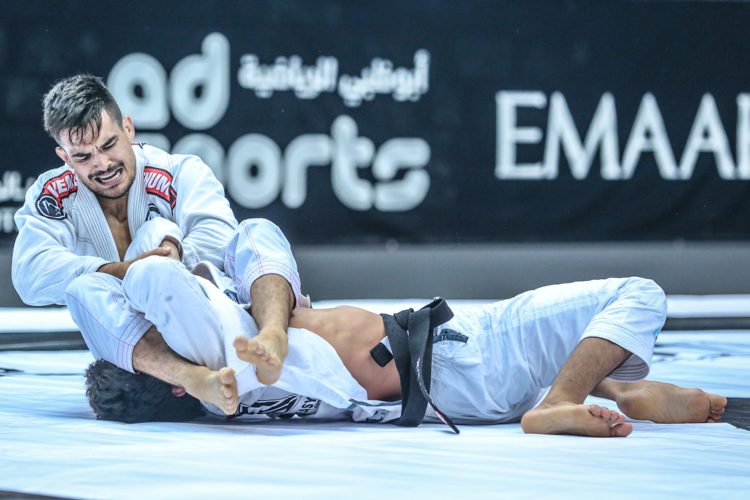 The AJP Tour is launching an exclusive podcast to bring Jiu-Jitsu fans closer to the biggest names of the sport.

On Episode 1, Presenter Will Safford meets up with black belt phenomenon Isaac Doederlein.

One of the most exciting competitors in Jiu-Jitsu today, Doederlein gives a valuable insight into his lifestyle and training routine.

Will also talks about all the latest news on the AJP Tour like the kickoff of the 2020/2021 season, the AJP’s Health Guidelines for events, the new dates for the 2020 ADWPJJC and much more.

The AJP has launched an all-time awards hall to celebrate the legacy of the heroes who made history in the tour since 2009. In a collective effort to recover the memory of the tournaments held all over the world in the past decade, the AJP has listed all champions and award winners.

The AJP Awards Hall lists the gold medalists of all Abu Dhabi World Professional Jiu-Jitsu Championships (ADWPJJC) since 2009 as well as the champions in all Abu Dhabi Grand Slam Tour events since the debut season of 2015/2016. The Hall also lists the winners of Best of the Season Awards since the 2016/2017 season.

The AJP has chosen to celebrate the athletes that have achieved especially outstanding results.

The Golden Slam Champions are those who won all ADGS events in one same season and also the ADWPJJC gold medal in the same season.

The Super Slam Champions are those who won all ADGS events in one same season.

Click here to travel back in the history of the AJP champions.

The 2020/2021 ADGS season opener event has a new schedule. The Abu Dhabi Grand Slam Miami is now a one-day event on September 27. The venue remains the same at the Miami Airport Convention Center, in Miami, Florida.

The final registration deadline is less than a month away. The final date is September 12. Hurry up and register now. The event is open to purple belts, brown belts and black belts in the adult and masters division.

The UAEJJF and the AJP announced on August 12 that new dates have been set for the 2020 Abu Dhabi World Professional Jiu-Jitsu Championship. Originally scheduled for April 2020, the 12th edition of the ADWPJJC was postponed due to the global COVID19 pandemic.

The UAEJJF and the AJP have put together a series of protocols for the safest environment possible for athletes, officials and referees. The registration period opened on July 29. The early deadline is October 8 and the final deadline is November 8.

The 2020 ADWPJJC schedule will be as follows:

The AJP is working tirelessly to guarantee the safest environment possible for athletes, officials, referees and all of those involved in its events when the 2020/2021 season starts. That’s why the AJP has put together a comprehensive guide that sets rules and regulations for each event to happen in the safest way possible.

According to the AJP Events Safety Procedure Guidelines, all of those involved in the events will be asked to wear personal protective equipment like masks and gloves and also practice social distancing before and after matches.

The 2020/2021 season is coming in hot. Events are popping up all over the world as Jiu-Jitsu returns. The following months will feature a series of stops on the tour scheduled for Europe, South America and Asia.