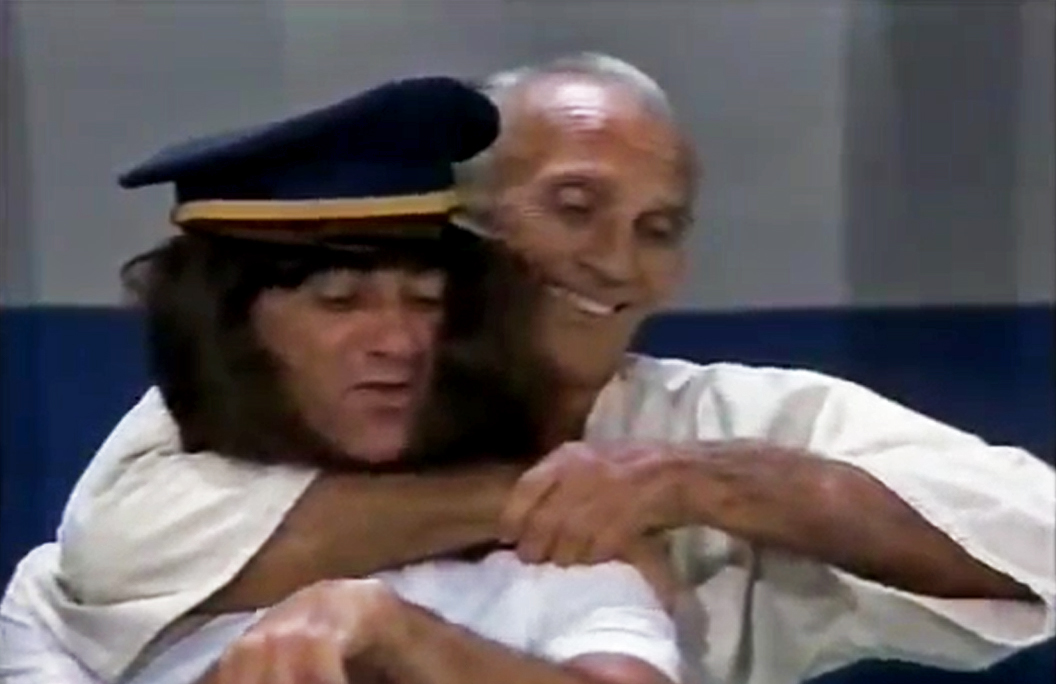 Between 1977 and 1993, Globo Network aired the biggest comedy hit in the history of Brazilian television — Os Trapalhões, named after a group of comedians by the same name.

For a skit from an episode in the first season, the group’s leader, Renato Aragão, shared the screen with the legendary Helio Gracie. The episode is called “As Panteras,” which is also what the name of the show Charlie’s Angels, which premiered the year before, was translated to.

In the brief dialogue seen in the video below, Helio asks, “What do you do if someone grabs you from behind?” Aragão, who is supposed to be in drag, possibly playing the ugliest Kate Jackson you’ll ever see, answers, “If he’s handsome, I let him.” Later, prompted by Helio, the character shows the teacher that she actually has some moves.