Video: The best moments of Rodolfo Vieira vs. Ben Henderson at ADCC 2015 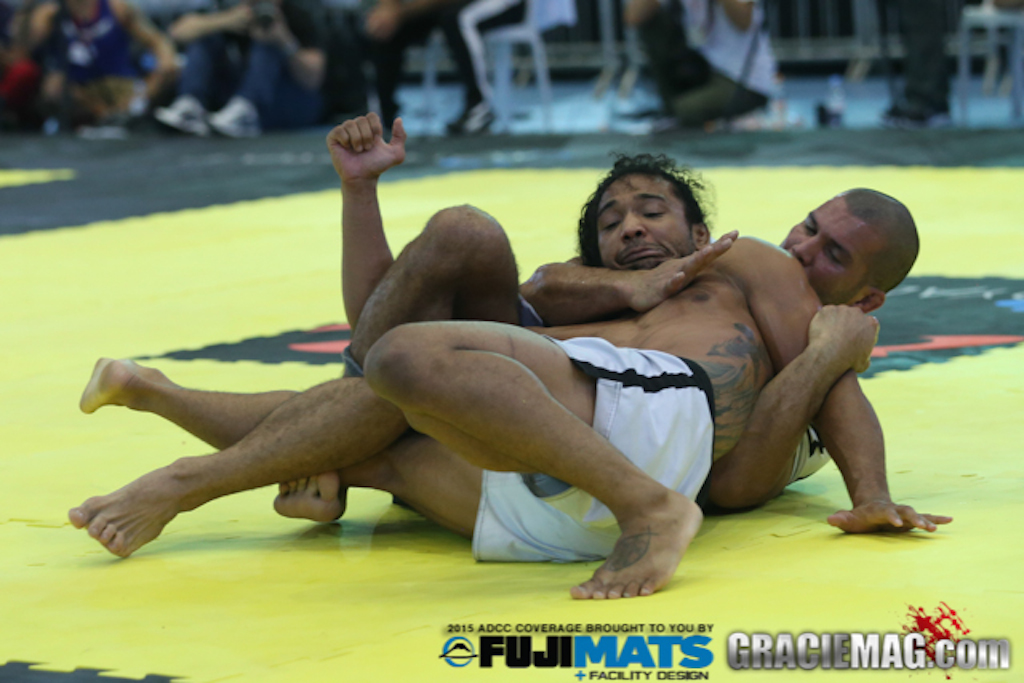 It was Sunday, Aug. 30, 2015, and Rodolfo Vieira was exhausted from a grand win over Felipe Preguiça, by decision, after 40 minutes of fighting in the under-99kg final. But that didn’t suffice to stifle his brilliance in his first absolute match at that ADCC in São Paulo.

Thanks to a good call by the organizers, Rodolfo Vieira opened the division against none other than Ben Henderson, the former UFC champion. Although lighter, Bendo was much less tired, given that he had been eliminated from the 77kg division in his first fight the previous day.

The encounter between these great fighters from jiu-jitsu and MMA was one of the most memorable moments of ADCC 2015. You can watch some of the best shots from it below, as captured by our own Marcelo Dunlop.