Roger Gracie seminar: Learn an armbar from the mount 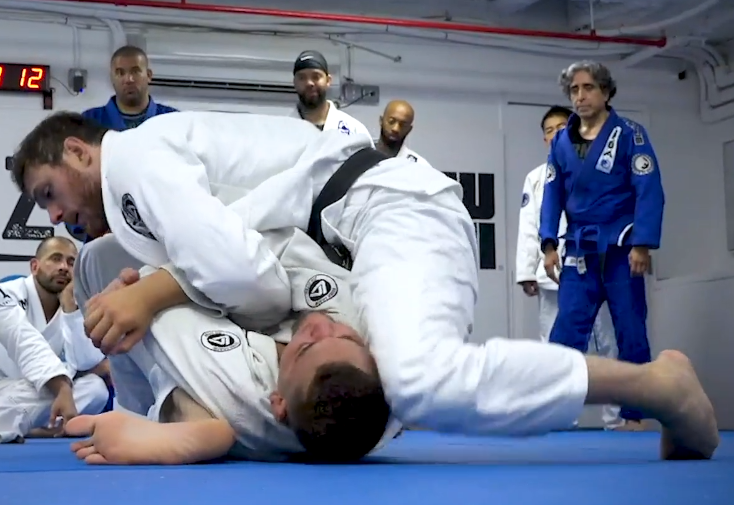 In this program, you will see the positions and techniques preferred by Roger Gracie at an exclusive seminar held at the Renzo Gracie – Upper West Side NY gym. Roger details how his experience and emphasis on the basics made him a great champion.

Details to Roger’s game are revealed, with several important points about his closed guard — one of his big weapons during his fights. From the closed guard he shows, step by step, transitions to the mount, armbar and other useful options.

An inspiring program for fighters of any rank — one that shows, as Roger affirms, that it is by training and honing your bases that you can get your game to the next level.

Get the full program here, or get All-Access to every Renzo Gracie Online Academy program.

Roger Gracie kicks off the seminar by telling us about his story and close relation to Renzo Gracie Academy. He describes his style and prepares students for the upcoming lessons.

Roger presents the first step to having a good closed guard: keeping it closed. By keeping it that way, it’s possible to advance to attacking techniques with greater safety and effectiveness.

Video 3: Details of the Closed Guard

The most important details to a successful closed guard are presented by Roger in this lesson. He demonstrates each move you must make when your opponent tries to break out.

One key technique from the closed guard is the armbar. Roger shows all the measures you must employ when dealing with a strong defense. An unmissable walkthrough for those wishing to sharpen their armbar attack.

Time to get to work. Roger helps students execute the moves themselves.

In this seminar, Roger Gracie focused his attention on his favorite positions, with a big emphasis on the closed guard. Learn here how to prepare your closed guard to block your opponent and evolve into arm attacks, keeping them in a difficult defensive position. This technique was used by Roger in some of his most important wins.

Now it’s time to practice the details shared by Roger. Listen to other students’ questions and to Roger’s advice on how to adjust the closed guard.

Roger shares his mental model regarding the mount — from reaching the mount until the final stage, the submission. He also stresses the importance of the mount for taking the back, and the best positions in case the attacks are met with resistance.

Video 9: Armlock from the Mount

Want to learn how to never again lose the arm when you try to execute an armbar from the mount? Then this lesson is for you. Roger details one of his favorite techniques for forcing his opponent to surrender. Follow his instructions to execute it perfectly.

Video 10: Execution: Armlock from the Mount

Time to practice and learn from the questions by the students, which Roger answers armed with all of his experience.

The conclusion features Renzo Gracie telling one of his stories starring Roger Gracie, his nephew.