Thiago Jambo on retirement and how Crossfit has rekindled his fire 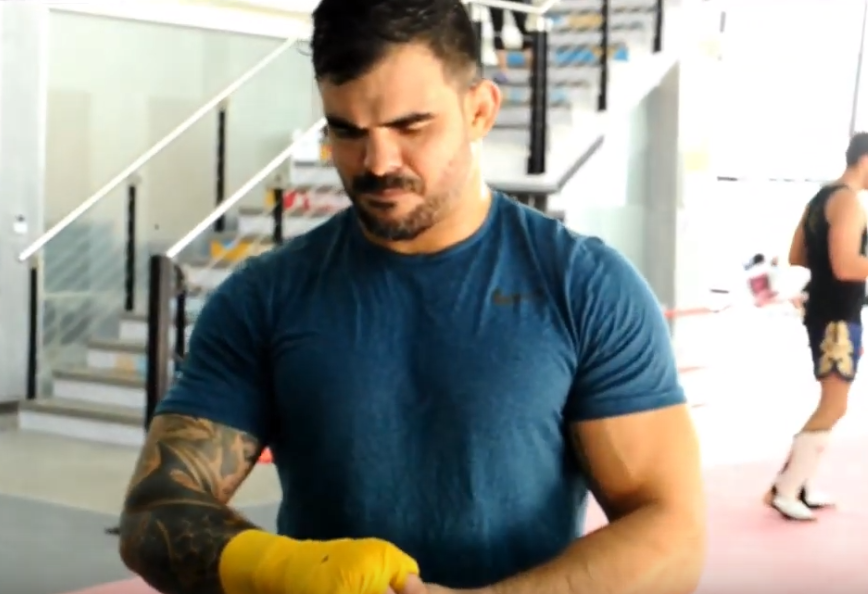 June 17th, 2016 was not supposed to be the end of Thiago Jambo’s career. He entered his Bellator debut with a 18-4 record, in great shape, and excited to finally fight under the bright lights with a newly minted 4 fight contract secured. After over a decade of fighting, finally it felt like Jambo was breaking through to put himself in position to fight his way up to a title shot. His first opponent would be American Chidi Njokuani, an awkward 6’3” fighter whose style reminds some of Jon Jones.

After two fairly even rounds which saw Jambo control the middle of the ring, trade blows with Njokuani, attempt several takedowns which were defended well by his opponent, a vicious leg kick to the body surprised him, and after going to the ground to recover and grapple, a flurry of punches ended the fight at 2:39 of the final round. Unfortunately, this would only be the beginning of the end for Jambo.

Prior to taking this fight, Jambo had been hired as a jiu-jitsu instructor in the United Arab Emirates. With a great salary, security, and some stability, Jambo was excited to teach, train, and see what opportunities could come his way. When Bellator called, as fighters do, he dropped everything and saw the 4-fight agreement as a step in the right direction for his career. The fights represented decent paychecks, and this was enough to get him on a plane to fight in St. Louis that night. In yet another example of the ruthless nature of the fight game, and without warning, Bellator cancelled his contract after his loss. No rematch, no second fight, no payout, no concern for him as a person.

After the shock of the loss wore off, Jambo was confronted with a grim reality. At 35, this might have been his last shot in a big-time promotion and after being effectively fired from Bellator and recently resigned from his job in the UAE, he was unemployed. Naturally, self-doubt and bouts of depression followed. For the first time, he was facing the very real fact that his career could be over and the lasting image of his knockout being the final chapter in a long and illustrious career.

However, Thiago Jambo’s story is far from over.

Tasked with rebuilding his life and career, Jambo talked to his previous employer in the UAE asked for his job back. Fortunately, they rehired him, and he was able to start teaching jiu-jitsu and earn a nice living. Getting back on his feet, he realized that he needed something more. Teaching was okay, but for a fighter who was accustomed to goal-oriented training, it wasn’t enough. He needed something to fill the void fighting had left. Enter an unlikely source… Crossfit.

The Crossfit movement has taken the UAE by storm. There are dozens of affiliated gyms across the country, and the fitness craze doesn’t seem to be slowing down. Jambo jumped in head-first and never looked back. His supreme athleticism helped him catch on to the movements easily, and his compulsive training habits as a BJJ Black Belt and professional fighter worked perfectly within the obsessive workout culture Crossfit has bred. It wasn’t long that Jambo decided to commit 100% and study to become a certified trainer. This has enabled him to share his passion for fitness and conditioning, while also helping others to achieve personal goals. He can empathize with people wanted to feel better about themselves, and the power of the Crossfit community to provide emotional support inside and outside of the gym.

At one of the darkest times of his life, when everything seemed to be ending, Jambo found something that fit perfectly into the next phase of life. It reinvigorated his personal goals and started him on another path that has created a second act that few fighters seem to enter. Now, as he is back to training