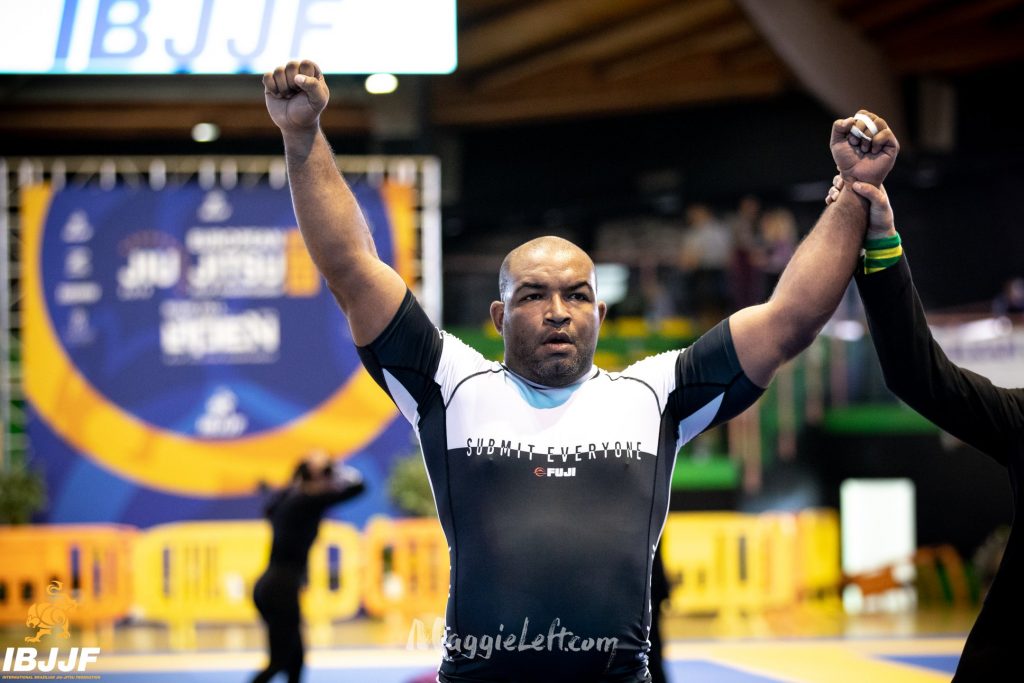 About to open his own gym in Midland, Texas, black belt Bruno Bastos hasn’t taken a moment to rest. Two weeks ago, he was leading his team during the No-Gi European and Rome Open in Rome, Italy. With about 8 representatives, the Lead BJJ team was still able to win seven gold and two silver medals in the tournaments, which were held by the International Brazilian Jiu-Jitsu Federation (IBJJF).

Bruno, who won the heavyweight division and was an absolute silver medalist, tells how he has been using recent competitions to prepare himself to succeed at the No-Gi Worlds in Anaheim, California, in December. He is coming off a recent IBJJF Pan and European win, both played in no-gi.

“I have only focused on no-gi competitions, as I am still recovering from a small partial break in the forearm musculature that occurred in my second fight at the Master Worlds,” he says. “I got on the podium there, but it was very complicated. Ever since I changed my fitness training over to Coach Jarret Jones, who is a black belt trained by me, it’s been making a big difference so that I can arrive in the competitions in good enough shape. I’m coming off a Pan and European No-Gi victory and I’m excited to play in the No-Gi Worlds. I’ve won five times and want to win again. The price is being paid.”

Bruno also details how he has been running his affiliated academies and running his own business in Texas.

“I think the experience in competitions and high-level training helps a lot. There is no way to buy experience. I was able to build a strong base here in Midland, Texas, since 2012 when I arrived. I have gym branches in very close cities, driving only between 30 and 40 minutes. Less time than it took when I lived in Rio, for example. The Team LEAD BJJ continues to grow as well, and we are already in the IBJJF Top 10. The numbers do not lie. Besides, I’m in a very nice phase of my life with something that, in fact, has always been my biggest dream: to have my family. My wife grew up on the mat too. It helps a lot. Our children love the environment we have. They are always having fun on and off the mat. And now we’re going to realize the dream of the gym itself. So I believe that the balance is in the love, happiness and peace of mind that it gives you.”

Bruno has major titles in Jiu-Jitsu, including wins at the IBJJF Worlds and Pan.