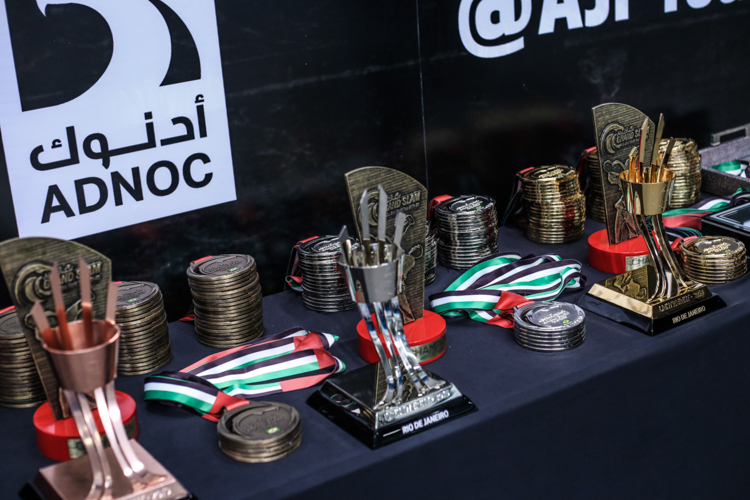 The AJP has announced a special set of rules for the three title matches scheduled for the Abu Dhabi King of Mats series, this Saturday, November 2, in Rio de Janeiro, Brazil. The matches kick off at 5PM (Rio time) on day 2 of the Abu Dhabi Grand Slam Tour Rio de Janeiro.

The Abu Dhabi King of Mats will crown three new champions in the lightweight, middleweight and heavyweight divisions. The matches will feature the following competitors:

The special set of rules for the title matches is as follows.

Points will be scored according to the AJP rules book:

Full Mount (Front or Back) – 4 points

Advantages will be scored as 1 point.

Penalties will be scored as 1 point to the opponent.

If a match ends in a tie, an extra 1 minute will be added to the clock.

The first athlete to score a point wins the match.

If no point is scored, victory will be awarded to the athlete that scored the last point during the match.

The Abu Dhabi Grand Slam Rio de Janeiro is the fourth event in the 2019/2020 ADGS season. It’s scheduled November 1-3, in the Arena Carioca 1, at the Olympic Park. Click here for more info about the ADGS Rio. Follow the complete coverage on Instagram at @ajptour and @jjwplus. Be a part of the show by posting your experiences on social media using the hashtags #abudhabigrandslam and #adgsrio. Watch the matches live at AJPTV.