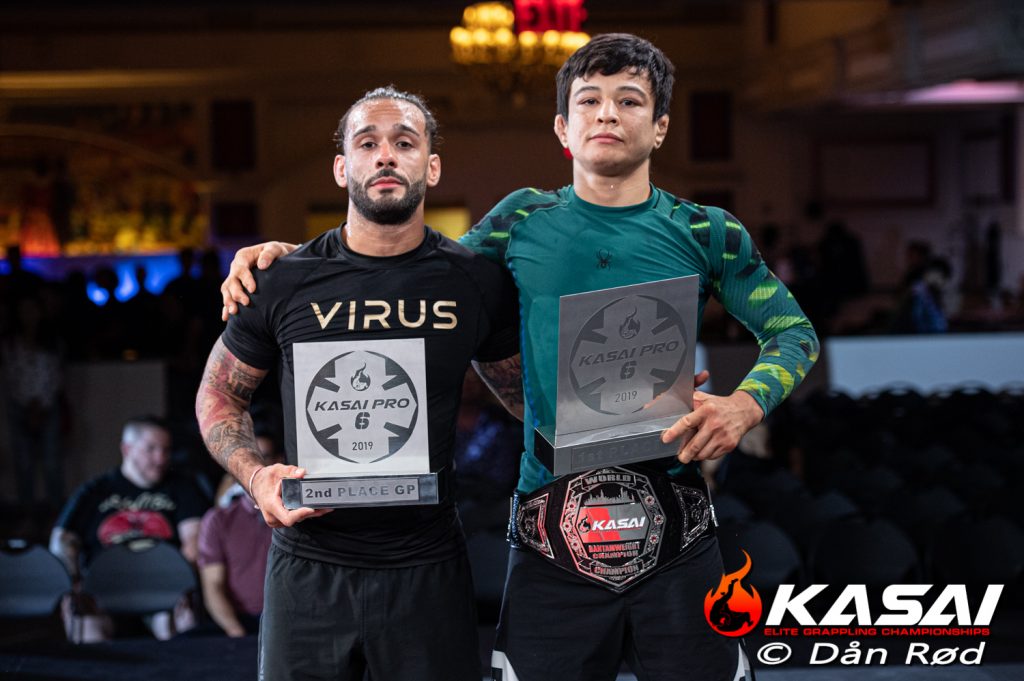 Kasai Pro 6 Tournament in Atlantic City, New Jersey ended with the members of Unity fighting each other in a fast-paced match. It was João Miyao who ended up taking the win and the belt, by one extra point, over Junny Ocasio. The fight was very evenly matched with great action from both sides.

A couple of superfights earlier, it was Murilo Santana, Unity’s head, who took the win over Jonavin Webb. The match saw Murilo use his closed guard against Webb, who was able to avert submissions but was not able to do much in terms of points against Santana.

Unity also had a few guys on the undercard that did really well. Looks like that new Unity facility in NYC is starting to produce a good crop of champions.

As promised earlier by Kasai’s CEO, Rich Byrne, the tournament did not disappoint – all the matches were really fast-paced, with quite a few leg lock attacks and a few great submissions. In one of them, Rafael “Barata” Freitas got caught hard and ended up having to leave the tournament due to the injury.

The superfights brought their own amount of excitement. Local Tom DeBlass had the whole crowd with him when he took the stage. He was able to finish off with a great kneebar over Nick Caggia. Matheus Diniz was able to capitalize when Josh Hinger fell on his neck and sunk in a tight RNC to take home the win. The match was a great back-and-forth of styles. Diniz looked like he was on a tear to return the loss to Hinger from when they had faced off before.

Kaynan Duarte had a great back-and-forth match with Patrick Gaudio on the last superfight of the day. Gaudio was able to thwart Duarte’s relentless attempts for submission, even attempting some of his own, but in the end it was Duarte who took the win by points.

Below the full results and the gallery coming up.