A statue for Master Carlson Gracie in Copacabana 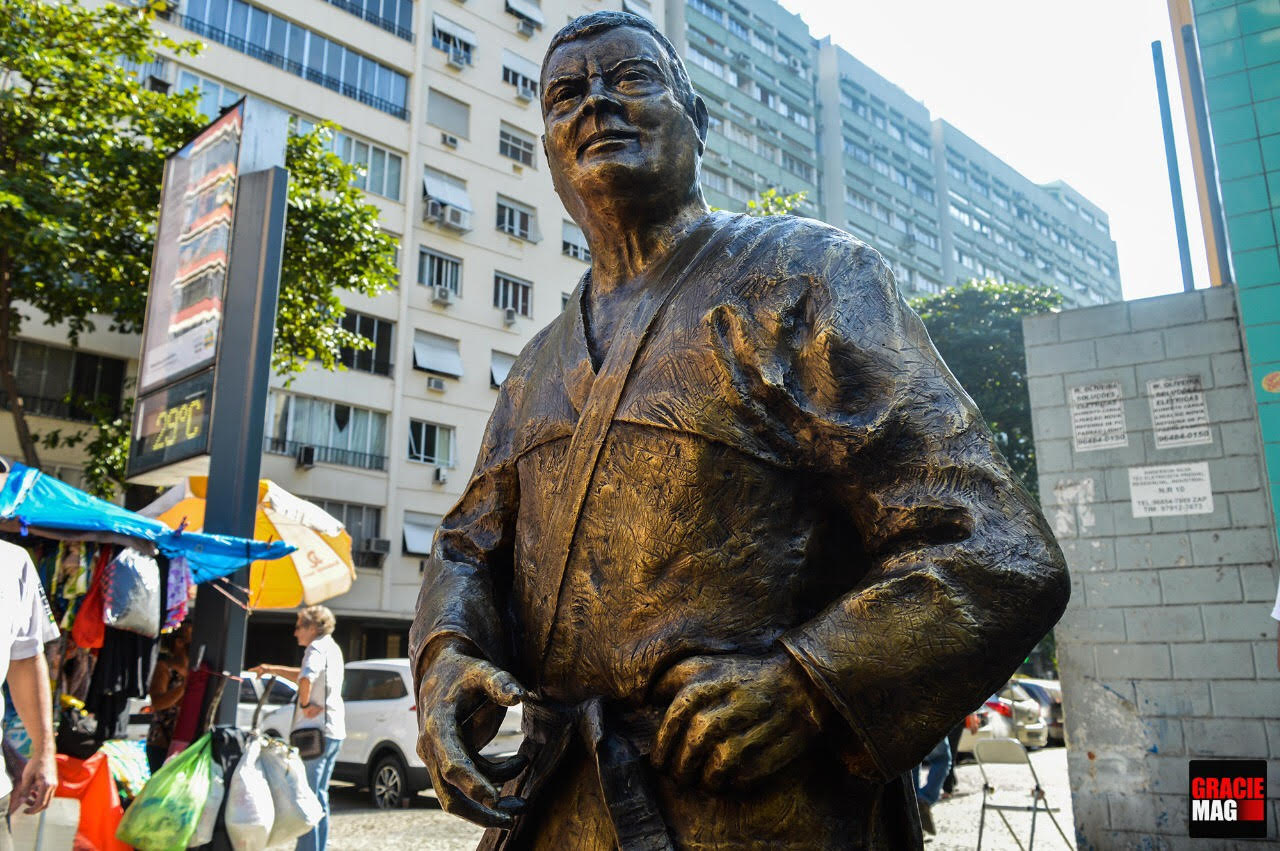 The corner chosen was perfect. First, for being close to his classic academy in Copacabana; second, for being the cross of a battle won by Brazil (Tonelero) with a teacher (Figueiredo Magalhães). There could hardly be a better place for Carlson Gracie to spend eternity.

“First we tried to make him the name of a street, given that the gym on Figueiredo is located on the corner of a small street, but a municipal law forbade the switch,” said black-belt Mauricio “Saddam” Carneiro, one of the biggest backers of the homage concluded this Monday, August 12. “City Hall made a counterproposal to give the master’s name to a new street in Recreio, but that made no sense — he never stepped foot there. The way it worked out is nice. It took a long time, but it happened. As Carlson taught us, the only fight that isn’t worth it is the one we give up on.”

Until noon, the statue was covered by a dark cloth. From up in the surrounding buildings, people took notice and pictures. Around the sculpture made by Edgar Duvivier, hundreds of friends, fans and relatives — a dozen Gracies were there. Carlson’s oldest brother, the red-belt Robson Gracie, said in his speech: “As I look around, I see only heroes. The heroes shaped by Carlson.” Arthur Virgílio Neto, senator and mayor of Manaus, couldn’t help but cry. The son, Carlson Gracie Jr., did his best to greet everybody while wiping the sweat off his forehead in the 31-degree heat. Nobody was absent. Or were they?

“Carlson, were he here, would have left during the first speech,” laughed one student. “He hated mingling. This sort of ceremony wasn’t his thing,” agreed another. If he were alive, Carlson would be celebrating 87 years.

In 1956, two years before Brazil kneeled before king Pelé, Carlson was the nation’s great hero, having beaten his most feared former training partner, Bahia’s Valdemar Santana. But to the inhabitants of the neighborhood, Carlson was more than a hero; he was one of its most illustrious, fun children. 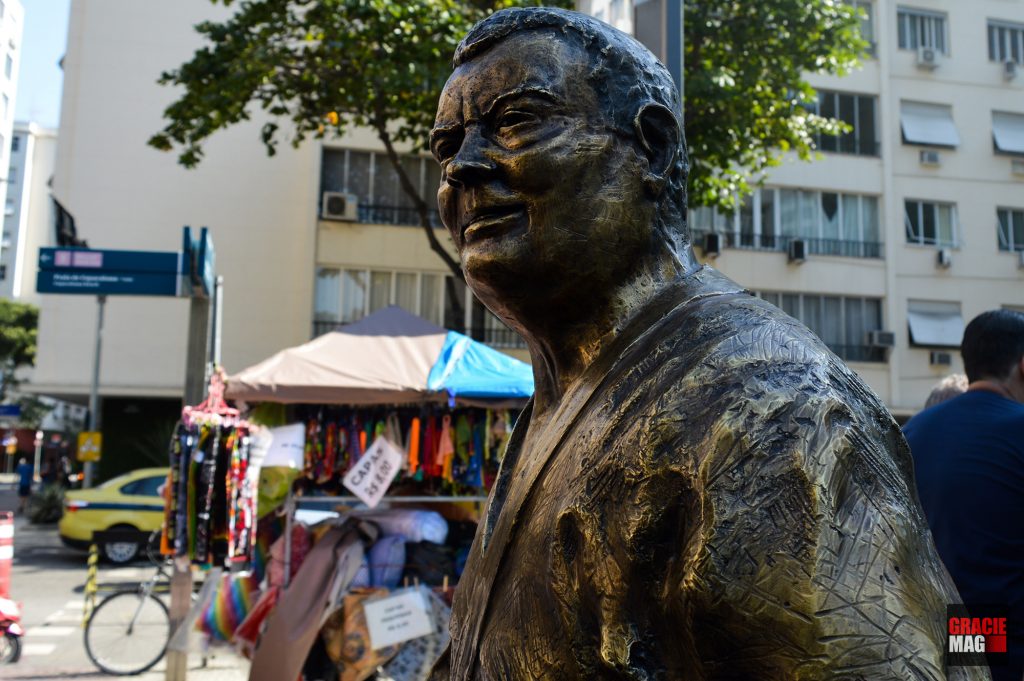 A story heard at the gathering: Carlson, says an old friend, was no slouch at beach volleyball, and loved playing and betting during the games — he’d bet on couples, quartets and even one against four. One day, instigated by his buddies, he accepted the challenge: BJJ, him versus the rest.

That was around 1969, with Carlson nearing retirement as an athlete. The rules: nobody could leave the court, and Carlson would have to run after each one, take him down and finish him in a set amount of time (minutes or seconds). When he had already taken down and armbarred almost everyone, he saw one of them launch himself against him in a kamikaze counterattack. According to witnesses, that lunatic grabbed on to the teacher, everybody laughing, until time ran out. The name of the staller: Carlos Arthur Nuzman. The Gracie’s champion had found someone more competitive.

To Luís Carlos Valois, a judge, teacher and writer now residing in Germany, Carlson’s power remained irresistible even away from the gym. “One day, years after quitting training, I found Carlson in Rio and poured all my problems on him, all that was going wrong in my life, in my career,” said Valois. “Carlson listened to me and answered, ‘Valois, nobody can take you down!’ I left feeling gigantic, ready for anything. Carlson new how to find a giant inside the smallest of us.”

Two hours after Mrs. Marly, the widow of the master, who passed away in 2006, took down the cloth and revealed the statue, nobody wanted to go. Comedian Serginho Mallandro made them all laugh even as he spoke seriously. Fernando Pinduka and Hugo Duarte were exchanging ideas and announced to Graciemag a BJJ + luta livre seminar. One employee of City Hall was explaining to a curious reporter that in Carlson’s place there was previously a small column that would trip people every now and then. Starting this week, there will stand the master that used to always get people back on their feet.

Carlson Gracie is in a good place.

(Video of the unveiling above. Interviews in Portuguese.)