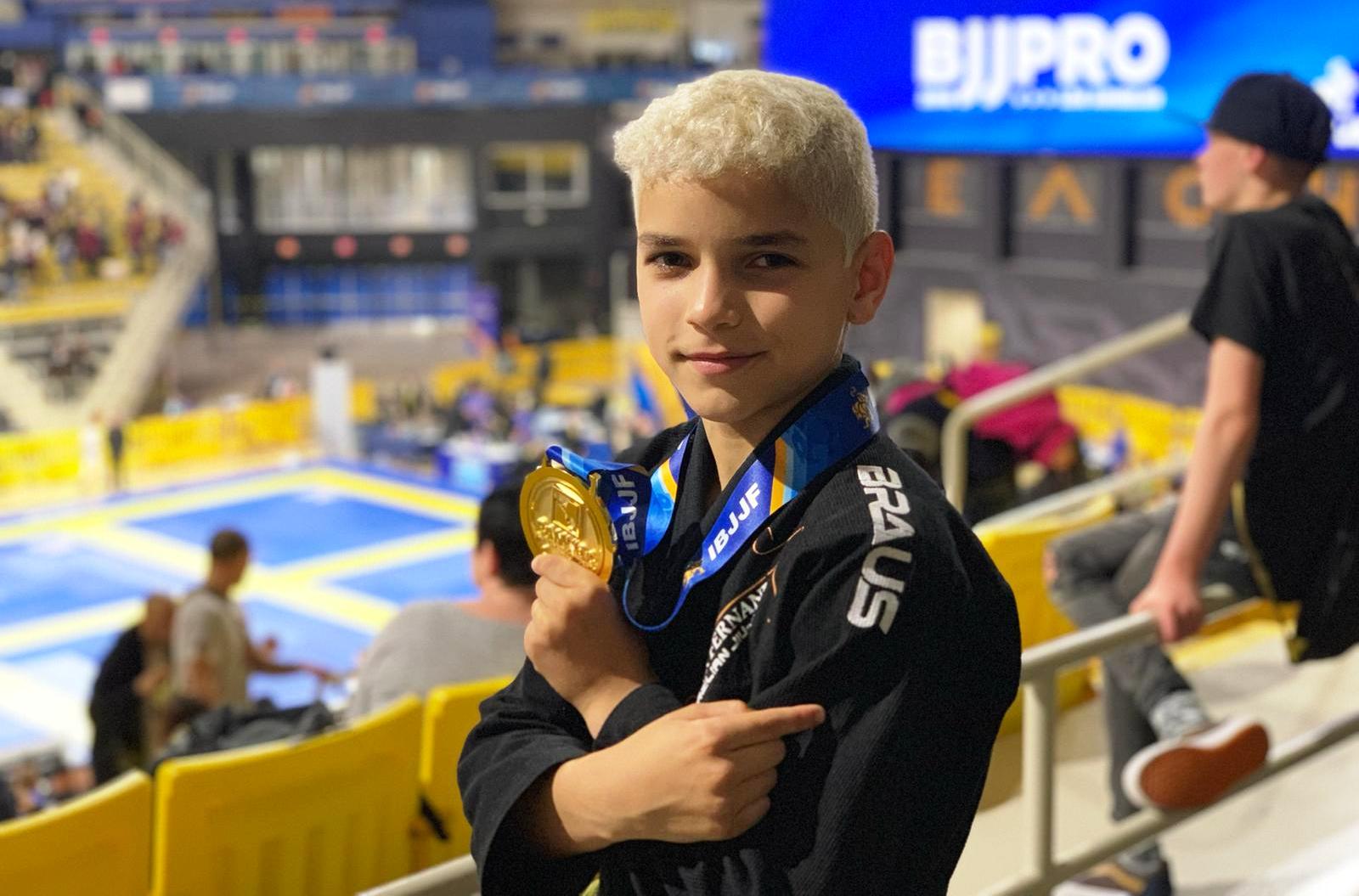 Notorious for producing some of the greatest champions in professional MMA, the academy American Top Team has been, due to its branches, investing heavily in BJJ. At Fort Lauderdale’s ATT, one young fighter has been drawing a lot of attention due to his results and his way of fighting.

He is Jorge “Jorjão” Fernandes, a yellow-belt aged only ten. His accomplishments include gold at the 2019 IBJJF Pan Kids, as well as 19 gold medals in NAGA events.

Jorjão trains under his dad, Junior Fernandes, who is a black-belt under Ricardo Libório and chief coach at ATT Fort Lauderdale. The child took a liking for BJJ very early on.

“I’ve trained since I was three years old,” he said. “In the beginning, all I did was cry on the mat, but I always wanted to be with my sister, who is one year older than me and also did BJJ. Since I’ve always followed my dad, today I love the sport.”

Jorjão, who looks up to Bruno Malfacine and Levi Jones, added: “My dad never told me I had to compete. He always motivates me in the sport and doesn’t mind if I win or lose. Before each fight, he just says, ‘I love you and give me a kiss.’ Whether I lose or win, he’s always good. However, he always says at the gym that if you train hard, your fight will be easy. That’s what’s important.”

The black-belt Adriano Moraes, the flyweight champion of One Championship, is impressed. “I’ve trained with him,” said Moraes. “The boy is extremely dedicated. You can see that the boy is a true champion. Pure talent. I believe that if he continues on this journey, he will have a prosperous future in the sport. It’s very cool watching him compete. He fights forward.”