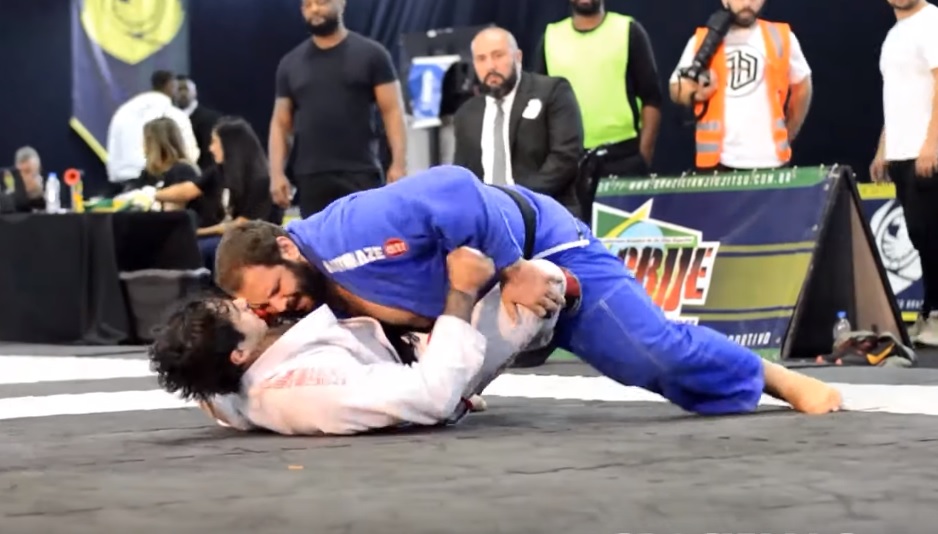 In order to wrap up a double gold run after closing out the ultra-heavy division, Duzão Lopes entered the master 1 absolute division of the CBJJE World Championship, and it wasn’t long until his hand was raised in triumph.

After working standing, Duzão saw his opponent pull guard, and the work from the top began. After progressing to the half-guard, he applied pressure from the top and ended the match with a smothering maneuver.

“I like to raise my hip high before pressing,” he told Graciemag afterwards. “I put my hip with the maximum pressure on my opponent’s plexus to have a greater chance of finishing.”

Watch him do it here: