From a small team to the top of the Worlds’ podium: Ronaldo Junior’s lesson 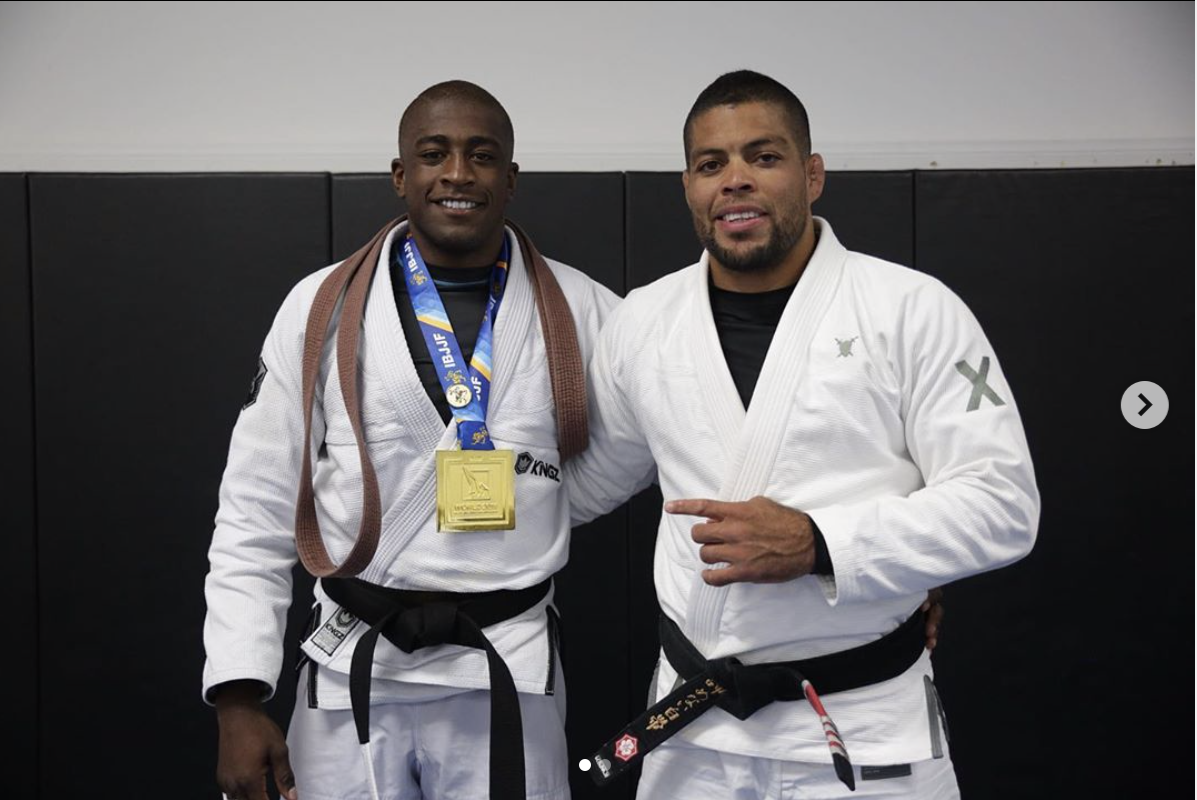 Ronaldo with André Galvão, his teacher.

The boy with a dream made it. Hailing from Teresópolis, Rio de Janeiro, Ronaldo Junior was never afraid to fight away from home. The 22-year-old athlete has won all the major titles in the color belts (purple and brown), in the Pan, Brazilian Nationals and even Worlds.

In 2019, at his best time as a competing athlete, Ronaldo won the World Championship as a brown belt, beating seven opponents in the light heavyweight division. It was his third gold, as he was coming off a victory at the Pan and Brazilian Nationals, months before the biggest championship of the Jiu-Jitsu calendar.

After the biggest test before becoming an elite athlete, Ronaldo was awarded the Jiu-Jitsu black belt at the hands of André Galvão, his teacher at Atos in San Diego. Read on for an exclusive interview.

GRACIEMAG: What was the biggest Jiu Jitsu lesson you learned that made you a better athlete?

Ronaldo Junior: Not to doubt my potential. I started in Jiu-Jitsu in a small team in Brazil. With my financial difficulties and lack of information it was almost impossible to reach California and be the world champion just like I did. I had to believe in my potential and work hard to get to where I am today. I feel grateful and accomplished.

Which title impressed you most during your journey as a color belt?

The purple belt Worlds in 2018 was my first Worlds. I had a lot of ups and downs like health problems that made me stay in the hospital and financial problems. I didn’t have a house to live in. I had a student visa that required me to go to school four times a week at a very complicated time, which prevented me from participating in Atos competition training.

Even without training properly, I never gave up on myself. With inspiration from my teachers and support, I won the Worlds and also the Atos team won first place. As I had no car, I used a bicycle that Professor Angelica Galvao gave me to go to school, where it was 1h50m cycling round trip. All of this was to support my dream that came true at the 2018 Worlds. It was one of the biggest shows of resilience I’ve ever had in my career. God honored all my work in this title.

As a black belt, you’ve fought twice. How do you see yourself fighting the biggest names at middleweight?

I feel prepared for any black belt challenge. I am training hard to earn my place at the highest level of the sport with hard work and the right attitude. In the right direction I will arrive, where I want to go the same way I always did during those 11 years of Jiu-Jitsu. It’s only a matter of time. If my teacher gave me the black belt, it is because he believes in my potential and I trust his work.

See Ronaldo Junior in action in Jiu-Jitsu. Last weekend, he won the absolute at the Fresno Open, winning five fights and finishing four of them.