Buchecha and Lo are out of the IBJJF GP; see who’s replacing them 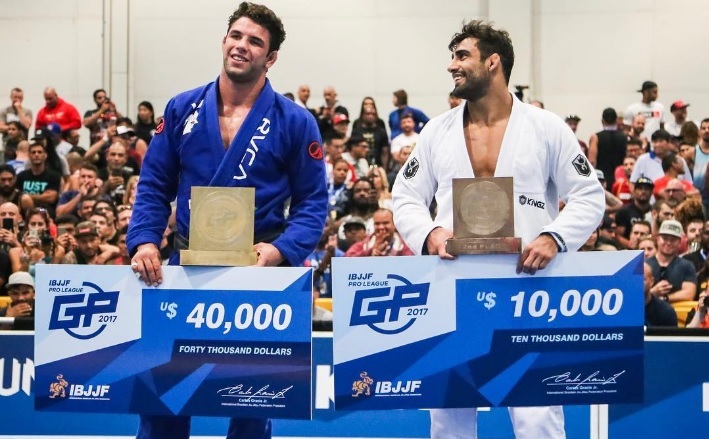 Buchecha and Lo won the cash prizes for the 2017 gi GP. Gabriel Mendez

It has been announced that two of the biggest draws for the upcoming IBJJF GP, Marcus Buchecha and Leandro Lo, will not be taking part in the competition. They were initially set to fight in the 2019 heavyweight no-gi GP Aug. 24 in Las Vegas.

According to the IBJJF, both fighters had to withdraw due to other commitments, but the organization wasted no time in making sure the BJJ fan will have a great show to watch regardless.

Marcus Buchecha’s spot will be filled by Luiz Panza, his training partner at Checkmat, who is feared for his precise foot locks — which work great in no-gi, by the way. Leandro Lo’s spot will be filled by Roberto Cyborg, who beat Buchecha for the absolute ADCC title in 2013 and took silver in this year’s No-Gi Worlds, losing in the final to Gordon Ryan. Ryan remains on the card despite a knee injury.

The eight-name lineup is rounded out by Lucas Hulk, Yuri Simões, Patrick Gáudio, João Gabriel Rocha and Mahamed Aly. The tournament is certainly looking a lot different all of a sudden, so let us know below whether you have a new favorite.