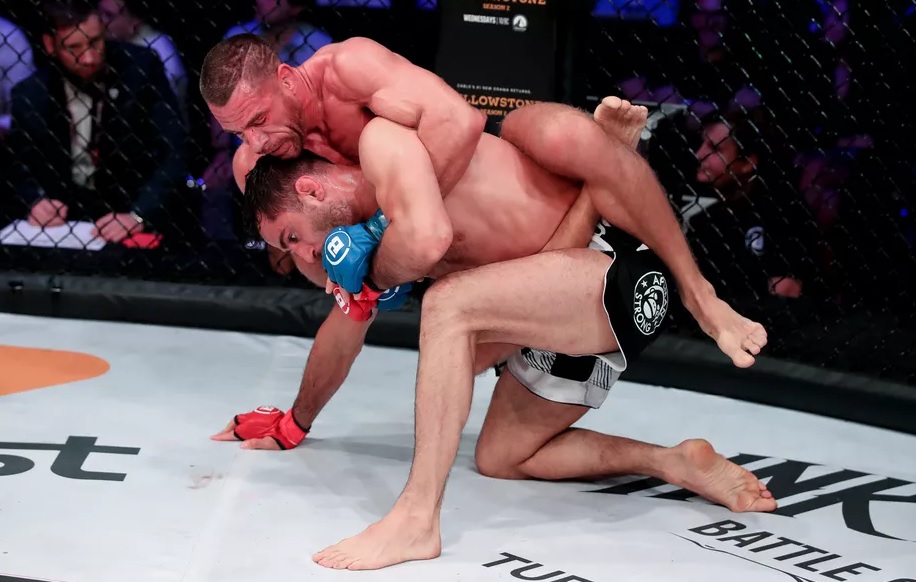 After a victorious career in BJJ and a successful transition into MMA, Rafael Lovato managed, this Saturday night, to add to his undefeated record. The Ribeiro Jiu-Jitsu black-belt is now Bellator’s middleweight champion, having beat Gegard Mousasi in the main fight of Bellator 223 in London.

The bout was complicated as expected. With 53 fights under his belt, Mousasi would be a tough nut for anyone in his division to crack. After haunting opponents’ dreams in the UFC, he arrived in Bellator a favorite and defeated the likes of Rory MacDonald, Rafael Carvalho and Alexander Shlemenko. Lovato, nine wins to his name at the time, had going for him the sharp striking honed at Evolução Thai, as well as the transitions and submissions that made him a BJJ world champion in classical and no-gi.

Mousasi brought some danger with his striking, but each time Lovato went to the ground, he made the technical disparity felt. After five rounds, Lovato had convinced two of the judges (the third one calling it a 47-47 tie).

#AndNew – @LovatoJrBJJ gets the win and the belt at #Bellator223.