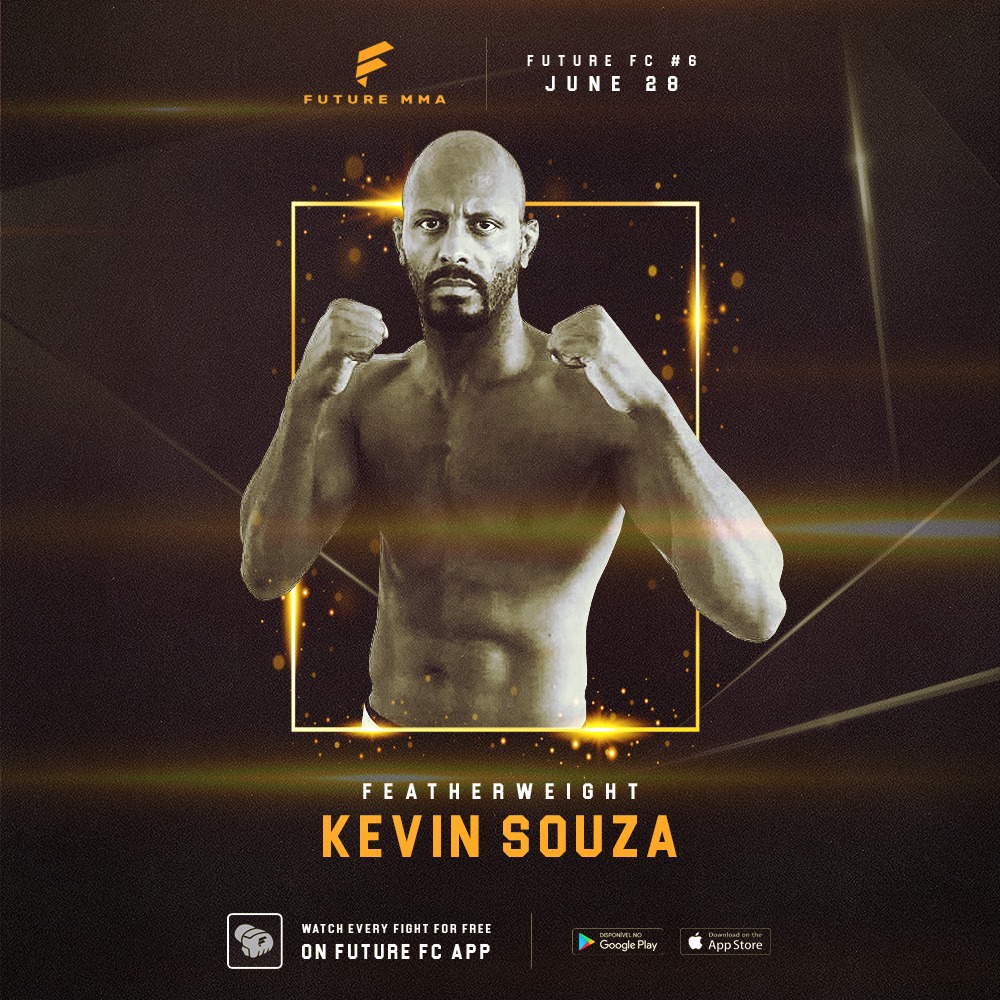 [Based on a press release.]

To this day, Kevin Souza’s departure from the UFC is a mystery. The Brazilian featherweight didn’t have his contract renewed despite a record of three wins out of four bouts with the organization. Almost four years on, he still doesn’t know the reason, but believes that, had things gone differently, he would be among the strongest in the division today.

“I have no doubt. I look at my division today in the UFC and see that I should be there in the top 5 of the division, easily, no problem at all,” said Souza, who is 1.82m tall with a reach of 1.87m, 10cm more than the current champion, Max Holloway. “I have the skills to return to the UFC, and Future will be my new door into it.”

Souza’s debut in Future MMA is scheduled for June 28 against Denis Alagoas, in São Paulo. “The plan is to win this fight against Alagoas, get a title shot, become champion and return to the UFC this year still,” said Souza. “If the year ends and the UFC doesn’t reach out to me, I’ll look at the best offers abroad or, if Future offers me a bigger purse, I’ll stay on.”

He added: “They have a good proposition going; you see they want to do something serious. It’s not that kind of event that offers millions to athletes, but they don’t mistreat us either. It’s a well-done event, well organized; it doesn’t leave anything to be desired next to the big organizations. Future today is a showcase.”

As well as Kevin Souza’s debut, Future MMA 6 will feature the welterweight title bout between Luiz Cado and Wendell Giácomo. To watch every fight live in high definition, download the Future App for free from Google Play or Apple’s App Store.