Rodolfo Vieira signs with the UFC, will debut in August in Uruguay 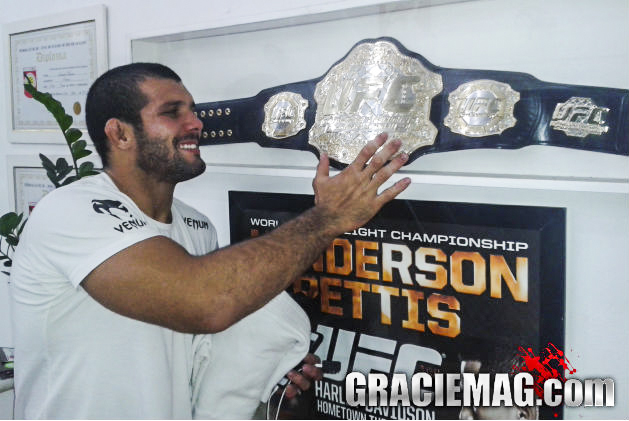 Back in 2013, before the start of his MMA career, Rodolfo was dreaming of the UFC belt. Marcelo Dunlop

An absolute world champion with an undefeated record in MMA, Rodolfo Vieira has just received the offer he had been dreaming of. The BJJ star is now under contract with the UFC and has a date and opponent set for his debut.

Rodolfo will be kicking off his UFC run at UFC Uruguay on August 10, against Oskar Piechota. The news was first broken by The Athletic, and has been confirmed by Graciemag with sources close to the situation.

Rodolfo (5w, 0l) arrives in the UFC having just put on a great presentation opposite Vitaliy Nemchikov, winning via choke from the back in round 1 and putting an end to the Russian’s ten-fight winning streak.

Rodolfo’s opponent, Oskar Piechota (11w, 1l), arrived in the UFC undefeated with nine wins, then won his first two bouts with the organization before getting submitted by Gerald Meerschaert in his latest outing. The Pole hasn’t fought since last July.