2019 Worlds: Manuel Ribamar looking to make a splash at middleweight 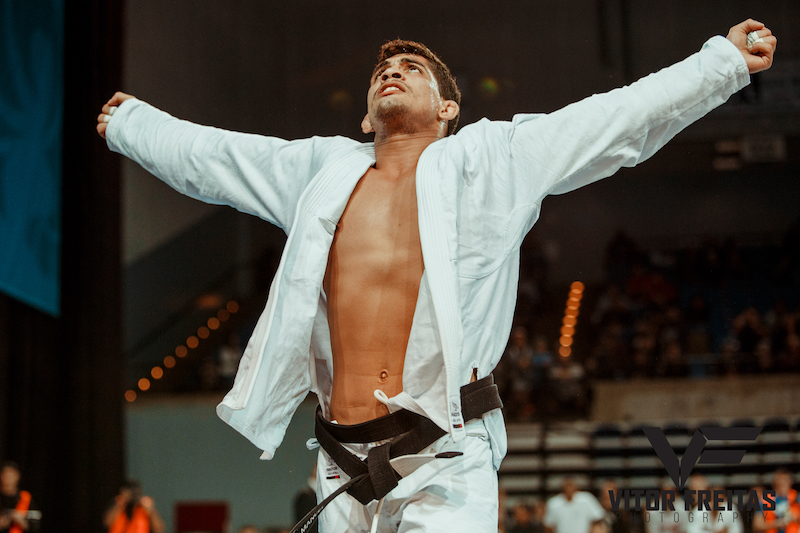 Jiu-Jitsu fighter since age 12, Manuel Ribamar took the first steps on the mat in Manaus, Amazonas, Brazil. Now, 13 years later, the black belt’s dreams to reach the top of the world jiu-jitsu’s scenario.

To take the gold at the 2019 Worlds, scheduled for late May in Long Beach, California, Ribamar tells us how intense the training was and also tells us about the help of his wife, Nathiely de Jesus, twice world champion as a black belt.

“Nathiely helps me every day. She makes me believe in myself and that helps me a lot to improve my mind set. All of this is combined to the work of my coach Rodrigo Pedrosa. The most important, for me, are the strength conditioning and nutrition. My mental is fine. If the other two are perfect and all this is God’s will, the probability of repeating the WSOG (World Series of Grappling) result is 100%. I’m the current champion of this event beating a few of the most notorious names on the division” Ribamar said, recalling the campaign he made in this event of super fights, where he won some of the best middleweights such as Gabriel Arges, Victor Silvério, Jaime Canuto and Sergio Rios.

World champion in the other belts, Ribamar tells us how he wants to impress in the middleweight division, which currently has 21 athletes.

“I am very motivated to get on the mat and show a new version of what I have learned and the experiences that have been added to me since the beginning of the year. There are only two options: either I will impact this year or it will be next year. I am always confident and always believe that the best of God is yet to come. The desire to win has always been around for the last 16 days and I’ve been feeding this fire inside me with gasoline. There are two parts of me: one says it’s already good enough. The other says just to train a little bit more. I wonder: which one is going to be the champion? (laughs). Let’s see, “says Manuel, who before Jiu-Jitsu ventured into football and skateboarding