Gabriel Mendes wins another tournament in preparation for his Olympic dream 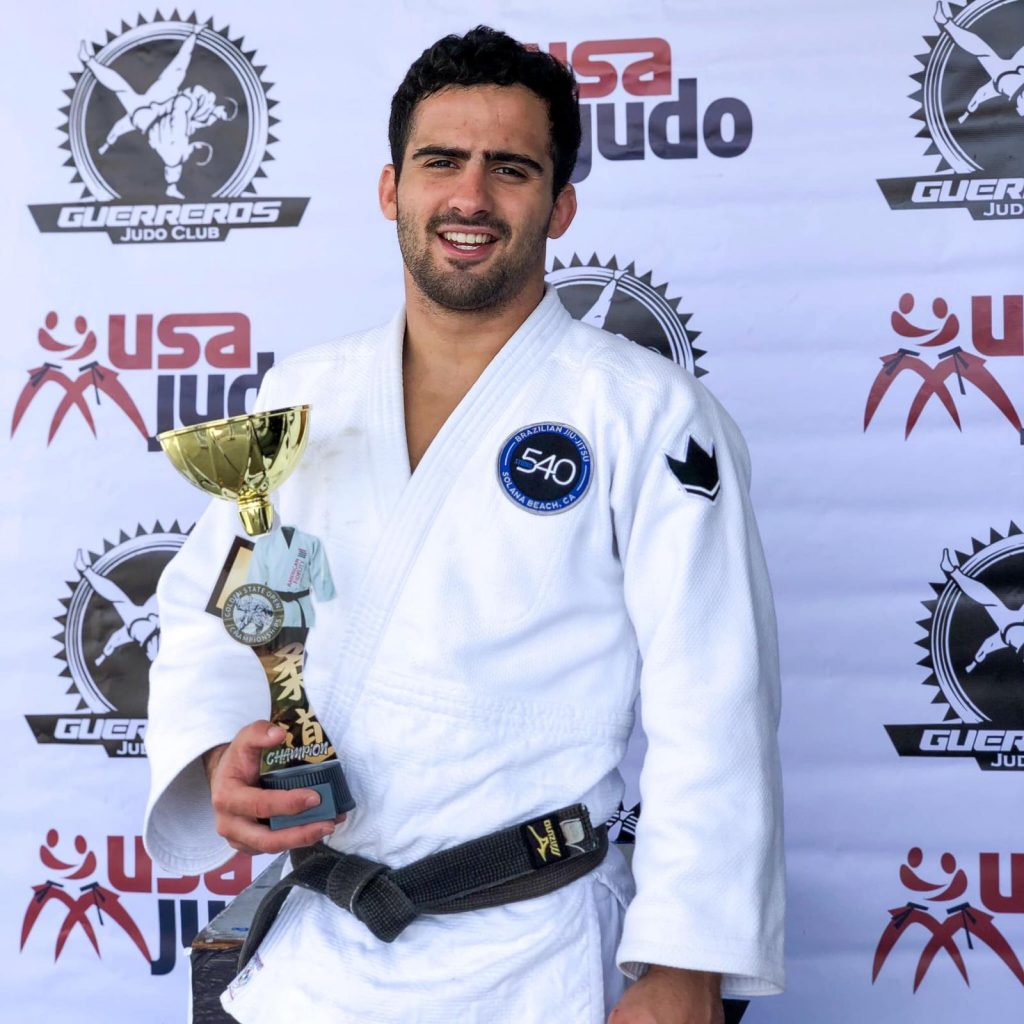 With the desire to compete in the next Olympic Games, taking place in Japan, in 2020 , the Judo fighter Gabriel Mendes continues to train hard and compete a lot. Last weekend, in Los Angeles, United States, Gabriel took gold at the Golden State Open Championship, after winning three fights, all of them by ippon in the weigh division up to -81kg.

Now with 18 gold medals in a row, Gabriel, who hasn’t been defeated since March 2017, tells us what is his main goal for 2019, a year that has been perfect for the him so far.

“My biggest dream is to fight in the Olympic Games, but in the until then, I’ll keep training and fighting. For 2019, I want to get one more gold medal at the Us Open. This is my biggest competition of the year. I come from two consecutive titles at the Us Open and I’m looking for the third!” says Gabriel.

Blue belt in Jiu-Jitsu, Gabriel details how the sport helps his evolution in the ground game, in the Judo’s rules set.

“It opens up a range of possibilities. I see more submission options, I can stay calm if I’m on bottom to try to escape from an immobilization. So I get more comfortable now, when the fight goes to the ground. My best submissions are by choke, the one I most use in competition is the “clock choke”. But I’m training a lot of arm bars, trying to improve myself”, says Gabriel.

Because of his judo skills combined with his good results, Gabriel is constantly called upon to be part of competition camps, with different Judo athletes and national teams. The athlete was already part of a Ronda Rousey’s for one of her fights on the UFC.

“I trained with Ronda Rousey when she was still fighting for the UFC. I was able to see the judo being applied towards the MMA and we trained a lot of NoGi. It was a unique experience and it was good to see my work being appreciated” he concluded