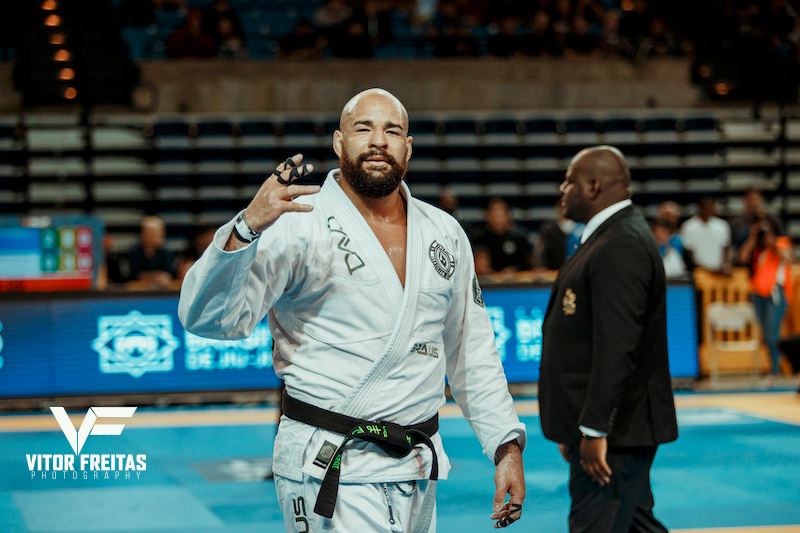 One of the biggest names representing GFTeam, the 26 years old athlete Max Gimenes is one of the front runners of the new academy’s era while he’s living and training in Ohio since 2017. In March, Max won the gold medal at the IBJJF Pan-American after he and his teammate Ricardo Evangelista closed the super heavyweight division, after tapping Danny Gerard and Guilherme Augusto with two nasty chokes.

Winning is something that Gimenes is already familiar with since he’s winning world championships since he was a white belt, he told us what he usually does to find his way to the victory.

“I’m getting more and more mature and experienced with time. My performances at those championships will be a consequence from being on a good day and allying this with the hard work I’ve put on my trainings.”

Training with his teammate Gutemberg Pereira in Ohio, those two top athletes are expecting a great IBJJF World Championship, which will be taking place in the end of May at Long Beach, California.

“I’m about to complete three years as being a black belt, but since I had a serious injury when I got my new belt, I only have two years competing with this belt. I’m going to face this World Championship just like another day. I just think about training and winning those championships.”

But Gimenes isn’t only winning in his professional life. While being a top level athlete on jiu-jitsu, Max also got recently married with new wife and making those first steps to build their family together.

“It was amazing coming back from the wedding and winning the Pan in March. My wife was pretty happy. Everything is my life is becoming what I’ve imagine it would become. It’s amazing”.