Hiago George, a winner at this year’s World Pro and Brazilian Nationals, talks about his wins 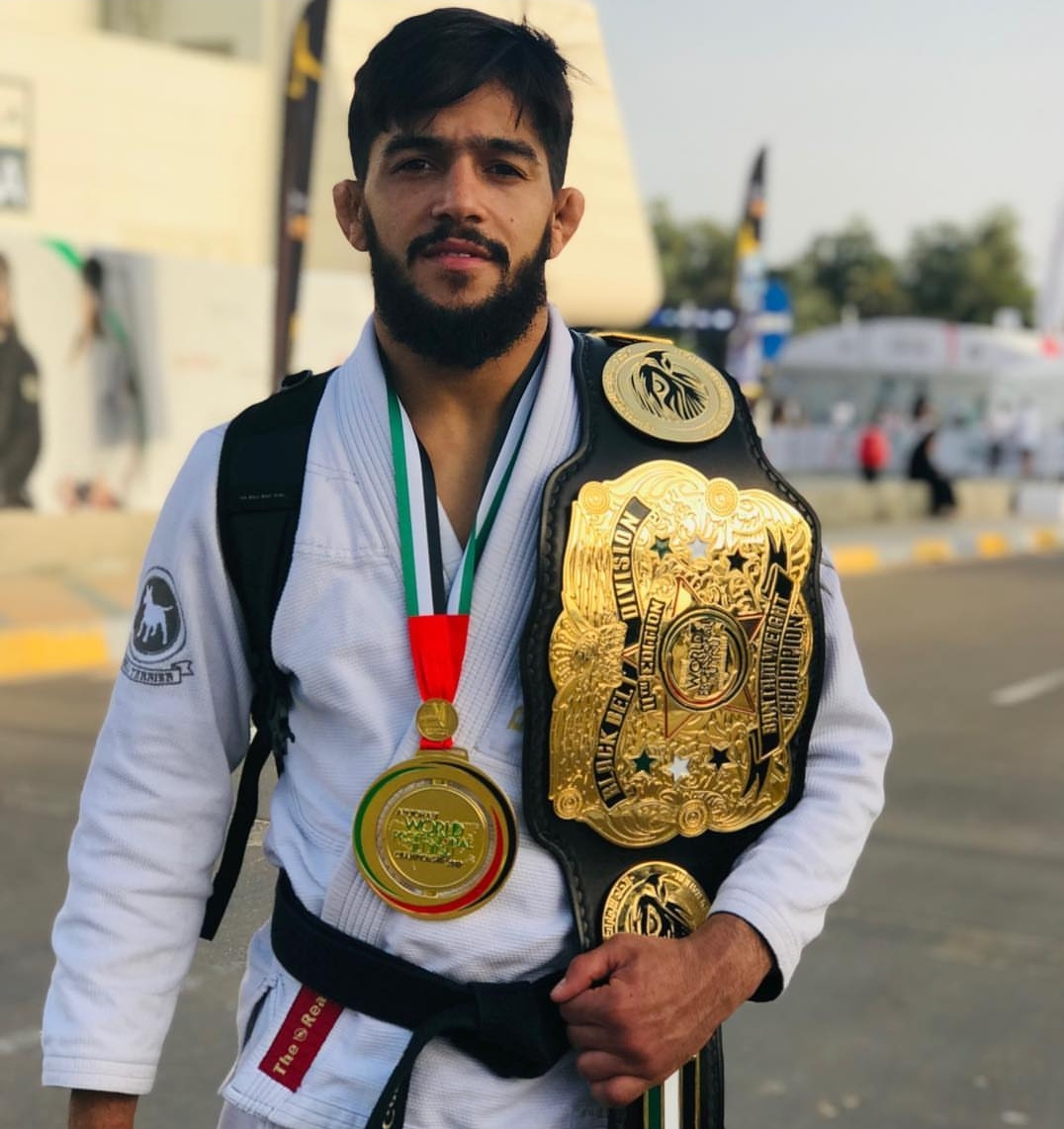 Hiago George made his first steps on jiujitsu at his hometown in Cícero Dantas, in Bahia. His train routine consists on training every day since he was a white belt. All these training put the prospect in a place that he could set some goals for his career. With the mindset of being the best light featherweight fighter in the sport, he started to compete on every weekend until he moved to Sao Paulo in 2013 to compete on a local tournament, which is the most important place in the country for the sport.

Years after that, he started training with Cicero Costha and became a purple belt, It was a matter of time since he started winning every tournament that he was in, until he decided it was time to move to the professional level and compete with the best in the business. The biggest prize became in August 2015, when Hiago received the black belt from the hands of his master.

2019 is already a big year for Hiago George as he already won the World Pro and the CBJJ Brazilian Championship, winning US$11.763 adding the prizes from the two tournaments. For Hiago, the money is more important than the tournaments for one special reason. He wants to reach a very important, secret personal goal that he’s reaching since he leave his hometown to pursue his dreams. Also, Hiago wants to help their parents financially.

“I always take a slice of the money to help me as a professional athlete and send the other part to help my parents when i get this big money prizes from championships. This money that i keep for myself is to help reaching a goal that I set way back then since i move to Sao Paulo. You will know what this goal is very soon. We’re almost there.”

Hiago needed to win three matches to reach the gold medal at the Brazilian Championship. He won the first one by 10-0, won the second one by submission with a choke and beat Alex Sodre at the finals via advantages. Hiago revealed that a quote that his professor Tiago Barros told him made he way more motivated to get the title.

“My professor Tiago Barros told me a quote as the championship was starting that motivated the hell out of me. He told me: “you gotta show these people why you are here”. This affected me a lot in a positive way. I’ve started thinking about my whole story and why i was here in the first place. Sodre’s fight was a war and thank god i was able to win that match.”