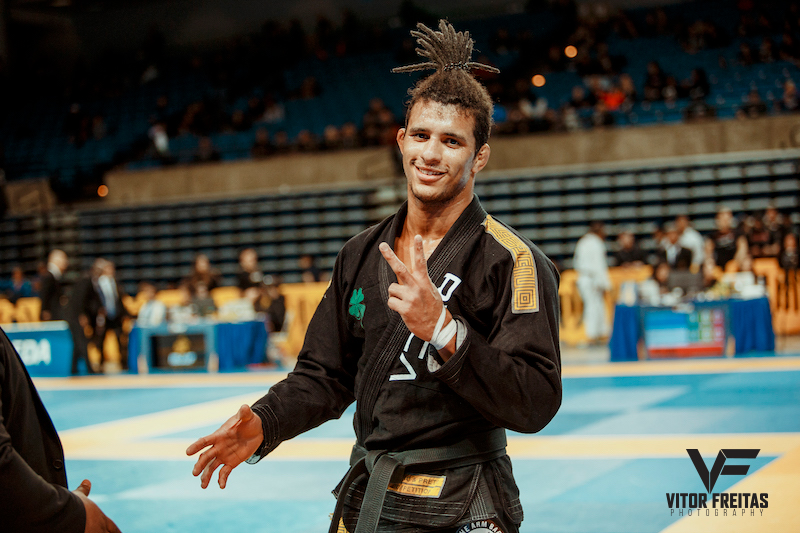 Star of the new generation of Jiu-Jitsu, Gutemberg Pereira, 25, has learned to reconcile his competitor career with his life as an entrepreneur. While not on the mats, where he trains and teaches classes, the black belt is swapping the kimono for a computer to run his academies in Toledo and Ohio, United States.

His routine starts at 7:00 am and goes up to 10:00 pm and that daily hard work has been shaped Guto as a GFTeam’s new generation diamond. Guto told us a little bit about his day by day routine.

“I tried to make a calendar where I could focus 100% on myself as an athlete in the morning and in the afternoon as a teacher and administrator at the gym. I can manage these two parts well and I have a very busy routine during the day, I wake up at 7am and go to sleep at 10pm, working all day long. I do not see any problems in having a day like this, I’m happy like that. I do what I love”, says Gutemberg.

After leaving his home in Salvador, Bahia, at the age of 16, Gutemberg begins to reap the fruits of his choice that started back there, while still a blue belt. It was as purple and brown belts that the young Brazilian warrior became a big deal in the sport, winning the IBJJF World’s Championship. Now, as a black belt, he struggles to achieve his best as an athlete. The goal? To be world champion, following the legacy of his idol, Rodolfo Vieira.

“I’ve been training a lot since January, I periodized my training for Pan and I managed to add a lot to my game in that period. We have a window of almost 2 months for the Worlds and that helps a lot in preparation because I was training super hard already. So for the Worlds I believe I’ll be able to be in my best shape to perform 100%.”, plans Guto, two times Pan-American medalist (silver and bronze).

Before fighting his second IBJJF World Championship, scheduled for late May in California, Julio Cesar’s student faces Erberth Santos for the Fight to Win belt on May 4 in Chicago. The answer to what fans can expect from this fight comes from itself:

“Jiu-Jitsu to submit. I’m a dangerous guy, looking for a submission and so is he. It will be interesting to watch! “, he closes.