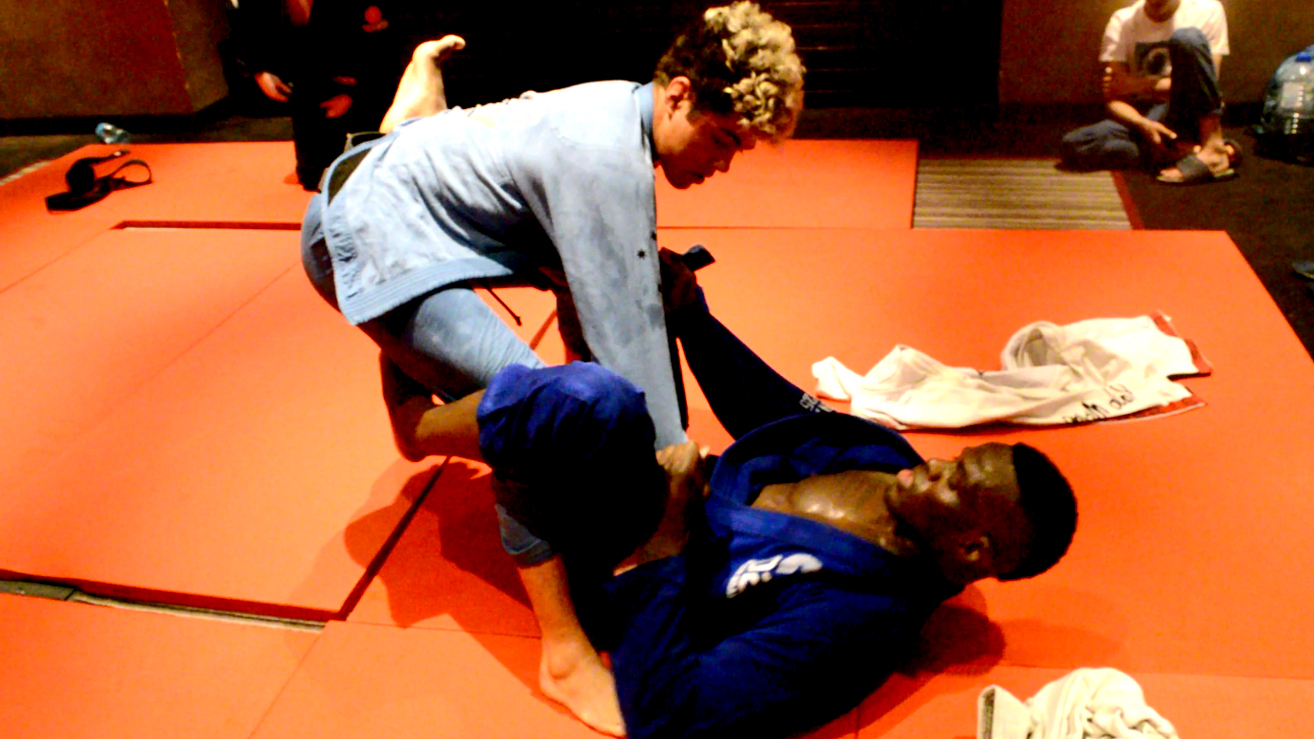 Levi works from the top against Devonthe’s guard.

In the same backstage training session where our team was able to catch Paulo Miyao and Thalison Soares in intense action, we also witnessed another friendly, but very technical, duel between two strong representatives of Unity JJ.

Levi Jones-Leary and Devonthe Johnson, two athletes of the new generation of relentless competitors, set up a roll between one another. Prior to their encounter, Devonthe had three rounds with young Kazakhstanis in attendance. Levi spent 15 minutes just stretching and did one warm-up round before calling Devonthe.

At the Abu Dhabi World Pro proper, Levi ended up defeated in the round of sixteen when Oliver Lovell, the eventual 77kg runner-up, surprised him with a well-applied leg lock. Devonthe took fourth in the 85kg division, losing to DJ Jackson in the third-place decider.

Watch them train together right here: